The better parent standard is high for changing custody

When your ex-spouse is is attempting to gain sole custody, what he or she is saying is that they are the better parent. And more than this, they are saying that they are such a better parent that they alone will do a better job of raising your kids than you two would be able to do together. This is what makes the attempt at gaining sole custody difficult. The courts work on the assumption that a child will be better off with two parents than one, so unless there is a compelling reason to give full custody to the non-custodial parent, it is unlikely that a judge will do so.

Your ex-spouse must provide documentation to a judge

The main reason that a judge will order a change in full custody will be if the custodial parent has become an unfit parent. Since you have already been awarded custody, there must be evidence provided to the court that you have become unfit as a parent since the time you were awarded custody. Most importantly, a judge will want to see evidence of this change. Your ex-spouse's word will not be enough. The courts are reluctant to take children out of their home, so a judge will want evidence of a profound change in the custodial parent's behavior that has affected the best interest of the child.

When the custody issue is because of a move

It is common for a parent with full custody to move to a place that makes it impractical for the non-custodial parent to visit. In this situation, your ex-spouse may want to prevent you from moving away. Perhaps he or she is only threatening to take the kids, but this can turn into a legal action as well. Generally speaking, most states understand that moving is a part of life. You may be moving because of a new job, or perhaps you have remarried and are moving because of your spouse. Whatever the cause of your move, it is often a part of life, and the chances are that your ex-spouse will not be able to stop you. The courts will usually side with the custodial parent.

Unless there is strong and compelling evidence to give full custody to a non-custodial parent, you are likely to have a good chance at maintaining full custody of your children. However, you should always consult with an attorney because nothing regarding custody is automatic. For more information, contact local law firms that deal with family law. 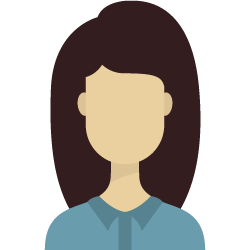